Houghton on The Hill Village Hall was opened on 31 March 1921.

Third Thursday of the month was the Women’s Institute meeting.

Village Fete – (first week of August) started on the Village Hall field with some attractions (e.g. pony and carriage rides, clay pigeon shooting) taking place in the field beyond (where the houses of Charlottes Walk and Forsells End are now).

Funds raised divided between the Church and the Village Hall.

1934 The Cleansing Department of the Rural District Council took over the collection from household privvies.

Enforcement of the blackout at the beginning of the war. Evacuees came soon after and were billeted in private houses. The blackout affected the church services resulting in Evensong being held in the Village Hall. 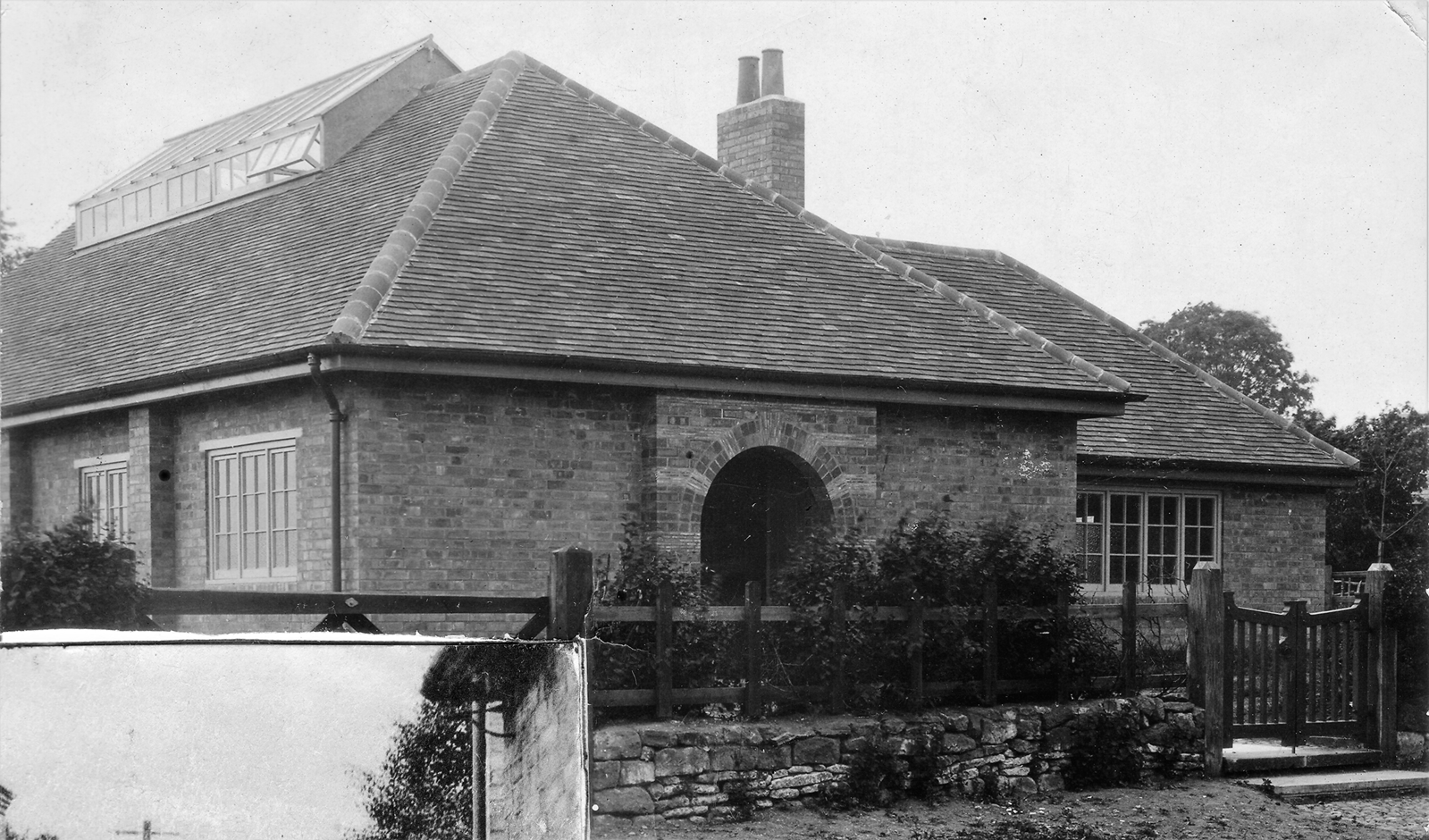 The Village Hall shortly after opening in 1921 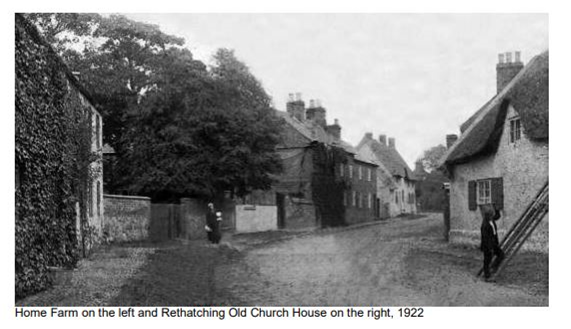 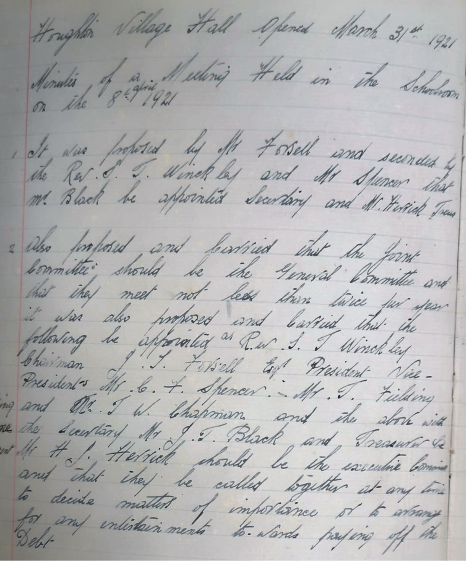 Minutes of the meeting Held in the Schoolroom on the 8th April 1921.